The Research Brief is a short take about interesting academic work.

As kids progress through school, they tend to increasingly perceive themselves as either a “math person” or a “language person,” even if they’re good at both, according to a recent study I led.

My colleagues and I were interested in why people pursue specific educational and career trajectories – like choosing a science, technology, engineering and mathematics major vs. a non-STEM major in college. We know that having a specific academic identity, like considering oneself a “math person,” is one of the reasons people choose a corresponding career path. My team wanted to find out when some kids start to lean toward identifying this way.

We focused on math and language arts because they are the most common subjects in the U.S. K-12 system; for example, the SAT has two main sections: English and math. There is also a gender stereotype that reading is for girls and math is for boys.

My team analyzed data involving 142 independent samples across the world, featuring almost 211,000 students from 16 countries and regions. This data includes self-reported confidence and interest in math and language arts from students in different grades.

In other words, students become more likely to think that they’re either a math person or a reading person as they progress through their school years.

Students choose to pursue a specific career path for various reasons. One of the most common is that they believe they are good at doing a task. Our research suggests that some students develop a misconception that they can only be either a math or a reading person as they move from primary to secondary school.

This misconception can have a dark side: Students might disengage from subjects that they perceive as their relative weaknesses even when they are actually good at these subjects relative to other students.

An example is that many students, especially girls, perform very well in math but do even better in verbal domains. These students might view math as a relative weakness and avoid pursuing math-related educational and career paths.

In other words, the misconception found in our study can lead some students to miss out on educational opportunities.

Although viewing oneself as better in one domain than another likely carries costs, it may have benefits as well. It would be useful to understand these before our team can make strong recommendations to parents, teachers or policymakers for interventions.

Additionally, to support each student’s unique journey, parents, teachers and schools would benefit from a stronger understanding of how students come to think that one can only be good at either math or reading. Unfortunately, we still know little about the impact of contributing factors, such as the school environment.

A potential contributing factor that we considered in our study is tracking, or schools dividing students into groups by their perceived achievement. Our study found that German students tend to believe they are good at only one of the two domains slightly earlier than U.S. students do, perhaps because academic tracking starts earlier in Germany than in the U.S..

Studying the implications of different educational practices on students’ academic beliefs is a line of research that my colleagues and I are currently pursuing. 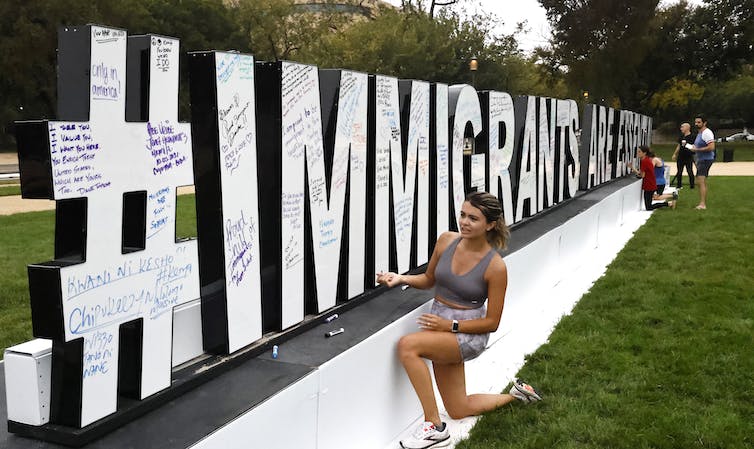 Legal work-related immigration has fallen by a third since 2020, contributing to US labor shortages 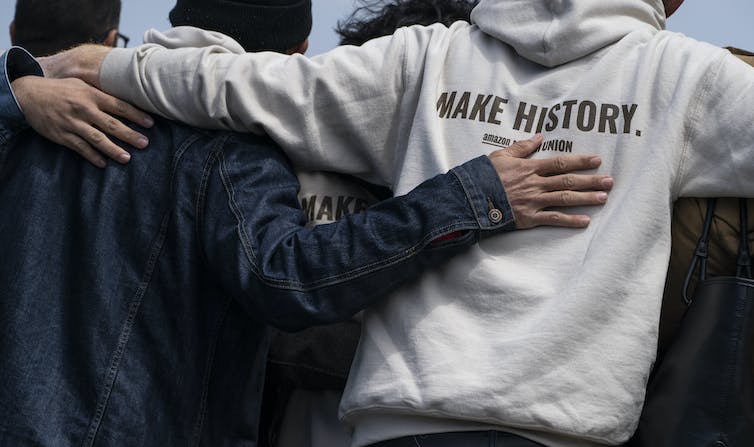 America is in the middle of a labor mobilization moment – with self-organizer at Starbucks, Amazon, Trader Joe’s and Chipotle behind the union drive 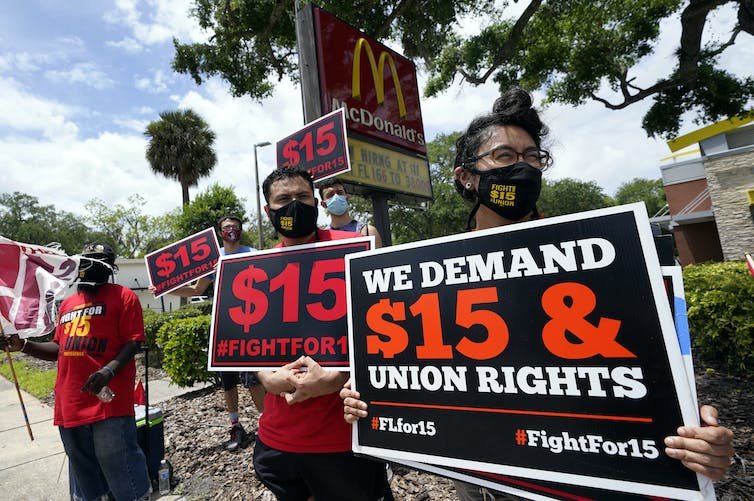 The fight over the minimum wage continues. AP Photo/John Raoux Does raising the minimum wage kill jobs? Economists have been trying to answer this question for a century – and finally starting to gather data